Scarlett:
Scarlett is a first year student at the Graduate Center, CUNY pursuing an M.A. in the Fashion Studies track. She received her B.A. at The University of North Carolina at Charlotte in International Studies with a minor in journalism. There, she worked as a writer and editor at The University Times, UNCC’s bi-weekly student publication. Prior to this program, she never received any formal education in fashion, but it’s been an interest of hers from a very young age, prompting her to start a fashion and lifestyle blog. Her interests include Fashion Activism, pop culture and traveling. After she completes her MALS degree, she hopes to pursue a career in Fashion Journalism.

Natasha IIyas:
Natasha Ilyas is a first year fashion studies student with a background in art. She received her BA in studio art at Brooklyn College. She spends her days easily inspired, working at the Metropolitan Museum of Art. She enjoys studying fashion as an art form and hopes to enter the fashion industry some day.

Chrislande Dorcilus:
Chrislande Dorcilus is a writer, and first year Fashion Studies MA, living in Brooklyn, and ever proud of the cliché. She loves and is intellectually interested in fashion, feminism, humor, sustainable architecture, and poetry. She hates to love to hate New York, compares bathrooms around the city, avoids the Six train, and misses the ocean. She has written for various fashion and media sources online, and is more than excited to delve into the eco-world with “y’all.”

MALS STUDENTS WHO HAVE COMPLETED THEIR MASTER THESIS IN FASHION STUDIES: 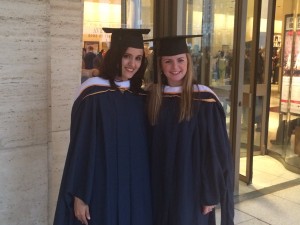 Soohyun Park: Flapper Fashion in the Context of Cultural Changes in America in the 1920s (2014)

This study aimed to analyze the key characteristics of flapper fashion, which shaped the American fashion scene in the 1920s, and to review how this trend reflected the society at that time, which was changing fast in terms of the society, economy, and culture. Towards this end, comprehensive scanning of flapper-related images found in a variety of media at the time was done, and it was revealed that flapper fashion indeed reflected the prominent changes in women’s role in the society in compliance with the early-20th-century modernity, which was a far cry from the traditions, while at the same time differentiating the images of new women as opposed to those found in the 19th-century conservative women from the Victorian Age.

MALS STUDENTS in FASHION STUDIES WHO ARE IN PhD PROGRAMS:

Dicky Yangzom has started in the PhD Program in Sociology at Yale University and has written her thesis on: “Clothing and Social Movements. The Politics of Dressing in Colonized Tibet”

Students who have completed the Fashion Studies Concentration:

PhD Candidates who have published papers on fashion:

Michael Skafidas is teaching Comparative Literature at Queens College/CUNY and is a contributing editor for the Huffington Post and a New York correspondent for European editions of Marie Claire and Vogue. His interviews with world luminaries from the worlds of politics, literature, art and fashion have also appeared in various European newspapers such as Die Welt, La Republica and El Pais.
Dissertation title: “From Brooklyn to Ithaca: the Sea, the City and the Body in the Poetics of Walt Whitman and C. P. Cavafy”
His essay:  “From Foustanella to Vogue”  appeared in the collection The Fabric of Cultures. Fashion, Identity, Globalization (Paulicelli & Clark editors: Routledge, 2009) and an entry on “Fashion” for the online encyclopedia of Gender and Sexuality .

He will conduct empirical research related to visual communication with a focus on fashion films. He believes that the empirical research and study at the heart of his project would be best carried out at the inspiring area of NY at the graduate center of CUNY. His greatest interests lie in the study and research of the technical, creative, philosophical and aesthetic aspects of design and other images. In this way he hopes to develop thorough skills and insights of fashion films as significant forms of art and communication. (2014)