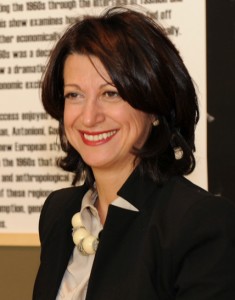 Eugenia Paulicelli is Professor of Italian, Comparative Literature and Women’s Studies at Queens College and the Graduate Center of the City University of New York.  She is the founder of Fashion Studies at the CUNY Graduate Center.

Her research interests in fashion theory and history were a development of her interdisciplinary work  on word and image, the topic of her first book:  Parola e Immagine. Sentieri della Scrittura in Leonardo, Marino, Foscolo, Calvino (Florence: 1996). 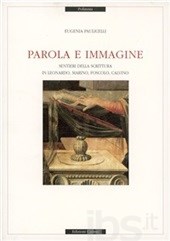 In 1994, she published her first essay on fashion in the anthology Feminine Feminists: Cultural Practices in Italy (Giovanna Miceli-Jeffries, ed., University of Minnesota Press). Since then she has continued to explore fashion in the contexts of critical theory, feminism, politics, national identity and globalization. She designed the first courses on fashion theory at Queens College and The Graduate Center and organized a public forum that enabled New York-based scholars of fashion to discuss the intersections of fashion and politics, consumption, spaces and cities, globalization etc. The first speakers at the Forum on Fashion Studies were Professor Jane Schneider and Professor David Harvey, both from the Department of Anthropology at the Graduate Center (May 2004). She has also organized international academic conferences on fashion and originated the multidisciplinary project The Fabric of Cultures. Fashion, Identity, Globalization (Spring 2006) that included a dress and textile exhibition held at the Godwin Ternbach Museum at Queens College (see Exhibition section on this site); a PhD seminar at the CUNY Graduate Center, two conferences, one at Queens College, and one at the CUNY Graduate Center.

Based on the success of the forum, conferences,  and courses that were co-taught with Professor Joseph Glick, Department of Psychology, the PhD Concentration in Fashion Studies was established in 2008. In the following years, Eugenia Paulicelli designed the Track in Fashion Studies in the Master of Arts in Liberal Studies. She directs both these Programs.

She has published several books:

Fashion under Fascism. Beyond the Black Shirt (Oxford and New York: Berg, 2004; 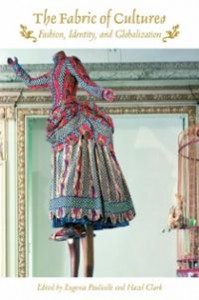 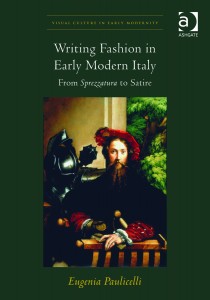 Her latest book Writing Fashion in Early Modern Italy. From Sprezzatura to Satire (Aldershot: Ashgate, 2014) is the first comprehensive study of the role of Italian fashion and Italian literature in the Italian Renaissance. The book emphasizes the centrality of Italian literature and culture and the concept of “sprezzatura” for understanding modern theories of fashion and gauging its impact on the shaping of codes of civility and taste in Europe and the west. Using literature to uncover what has been called the “animatedness of clothes” the book explores the political meanings clothing produces in public space. 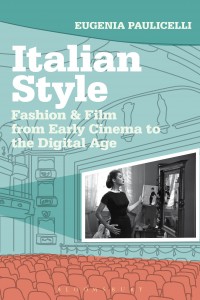 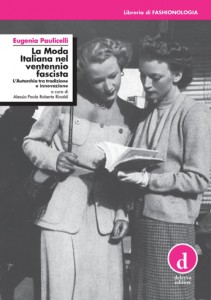 Italian Translation of the book Fashion under Fascism. (Forthcoming: 2015)

Rosa Genoni (Tirano1867-Varese 1954), was a pioneer in several fields. She was a founding mother of transnational feminism, of peace activism and the Made n Italy when it was only being imagined. She was the first woman to be awarded the International Jury Prize for her dress designs at the Universal Exposition of Milan held in 1906. Genoni achieved international recognition as a result of her opposition to World War I. She was the Italian delegate at the 1915 First International Women’s Conference in The Hague. This first historical and analytical essay, in a bilingual edition, reconstructs the life and career of Rosa Genoni, connecting her multiple activities in the fields of fashion and design and their impact on national identity. The case of Rosa Genoni and the multiplicity of her life allow to understand the long history of the Made in Italy and the relationship between tradition and innovation. To study fashion can revolutionize the writing of history. (ISBN 10: 88-88-943-31-2/ ISBN 13: 978-88-88-943-31-2) deleyvaeditore@deleyvaeditore.com

She has also been editor and co-editor of the following journals: 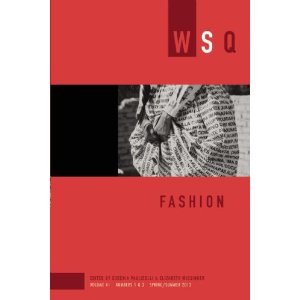 She is also a columnist for the online paper La Voce di New York:

She has curated and co-curated exhibitions and film festivals such as: the exhibition “Fashion + Film: The 1960s Revisited,” held at the James Gallery at the CUNY Graduate Center (2010):

The New York Edition of “Birds of Paradise” (May 2011); her essay on the silent film Rapsodia Satanica (Nino Oxilia, 1915) has appeared in the anthology of the same title edited by Marketa Ulhirova, Birds of Paradise: Costume as Cinematic Spectacle, Koenig Books: London, 2013.

www.youtube.com/watch?v=q8OfdbYlTbQ
Video on The Men of the Cloth, a documentary by Vicki Vassipoulous

She has written more than fifty articles and has been the recipient of several PSCUNY Awards in support of her scholarly research. She was also a recipient of a Mellon Fellowship at the Center for the Humanities at the CUNY Graduate Center (2010-11). In 2013, she was awarded the Benjamin Meaker Visiting Professorship at the University of Bristol, UK; Queens College, award for 20 years of Distinguished Service to the College and the Community, Spring 2013; Team Leadership for proposal “The Year of Italy,” scheduled for academic year 2018-19, part of the Queens College annual cultural Initiative dedicated each year to a different nation and its culture, awarded November 2013.

She has taught in the PhD Program in Fashion Studies at the University of Stockholm; has been part of a research seminar on fashion and screen media at the University of Nimbo, China (2012);  and has often been invited to seminars and conferences in Europe and the US. She is one of the keynote speakers at the International conference on Clothes, Working Lives and Social Change, 1880-1939 (London, September 12-13, 2014). The Conference is part of a series of research events on the interconnected histories of clothes and labour funded by AHRC Connected Communities program :  http://tailoredtrades.exeter.ac.uk/